Placing an advert in trade magazines is expensive – but is it necessary?

Placing an advert in trade magazines is expensive – but is it necessary?

Placing an advert in trade magazines is often expensive, however it has its uses.  It is normally a good idea to advertise in a number of different outlets but as budgets are typically limited, and you may not be sure what is the best use of your advertising budget, you may wish to experiment.  When I state ‘best use’ I mean where are you likely to get the best return on those advertising investment dollars, i.e., which media outlet has led/converted to actual sales?

One way to track your efforts are to create promotion or reference codes for each media outlet, so when the client purchases, they have to state a code which will determine where they saw your advertisement and that way you will know where best to invest your advertising budget. 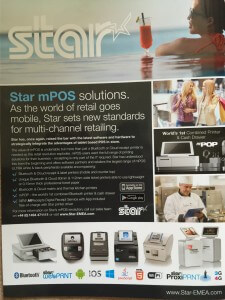 gazines.  The use of colour, images, fonts, text and general layout is very important.  Although a full colour advert costs more than a two-colour or monochrome, it has more chance of being noticed and read rather than flipped-through.  There is no point in creating an advert that won’t get noticed.

Is there too much text or just enough?  I would advise to aim for just enough text to get the reader to be interested enough to either pick up the phone or head to your website.  People do not have the patience to read lots of text.  The advert needs to stand out from the other advertisements and still get the message across.  Check if the same advert suits the online version of the magazine or not – and if not, you need to create a separate and very different for the advert in trade magazines online version.

View previous hard-copies of the particular trade magazines and not which adverts you notice and which you skipped without paying attention?  Therein lies the answers as to how yours should look when you place the advert in trade magazines online version and/or the hard-copy .  Now do the same for their online version…  Make sure the colours and branding are similar to your overall advertising/branding to ensure you are raising brand awareness.

Lastly, you can often get an editorial printed in the same magazine you are paying to advertise in – don’t forget to make that request!  If you can, have your advert placed next to or near the editorial.

Send us your comments!

We use cookies to ensure that we give you the best experience on our website. If you continue to use this site we will assume that you are happy with it. For more information about the cookies we use, please read our privacy policy.Okhere